To begin with, Instagram had the option of fifteen-second videos for advertisers. These fifteen seconds were later extended to thirty seconds. Now, just in time for the Super Bowl weekend, the Facebook-owned platform has announced that it has stepped up its advertising options by unveiling an update for one-minute video ads.

This update will allow advertisers to have a wide range of creative resources and opportunities to improve their campaigns and build anticipation leading up to important events, such as the release of a well-known movie or an exciting sporting event like the Super Bowl.

T-Mobile and Warner Bros are the first ones to use this latest feature. T-Mobile has released an extended version of their Super Bowl ad featuring Drake while Warner Bros have posted a one minute trailer of their newest film, “How to be Single”, starring Dakota Johnson of Fifty Shades of Grey fame, and Rebel Wilson, who is best known for her role in the Pitch Perfect movies.

With the number of movies lined up for the year 2016, this latest feature of Instagram will be tremendously advantageous for moviemakers.

The way people watch movies, sports and other programs is shifting tremendously. More and more people now want to watch shows or videos on their smartphone, laptop or tablet rather than on their traditional TV. This update will not only allow Instagram to shift the focus away from television and towards digital marketing but also let advertisers have more creative choices to raise brand awareness and achieve their goals.

Since the format requirements of videos and images are now updated on Instagram, advertisers can post their creative ads on the social networking site. This is expected to be as effective as trailers or full-length ads that are shown on television.

Having said that, there are few things advertisers still need to consider. Consumers are likely to look at the different posts on Instagram only for a few seconds, and on most occasions, with their devices on silent mode. So, advertisers need to make sure that the first few moments of their ads or trailers are interesting, humorous or emotionally moving so that consumers don’t scroll past them. 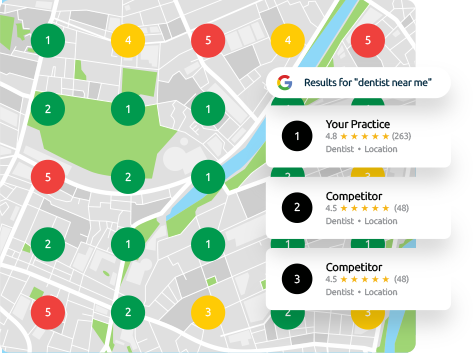 See How You Rank In Your Immediate Area!

Did you know that search results on Google vary from one neighborhood to another?
See how you rank in your area against your competition with this Free Tool!